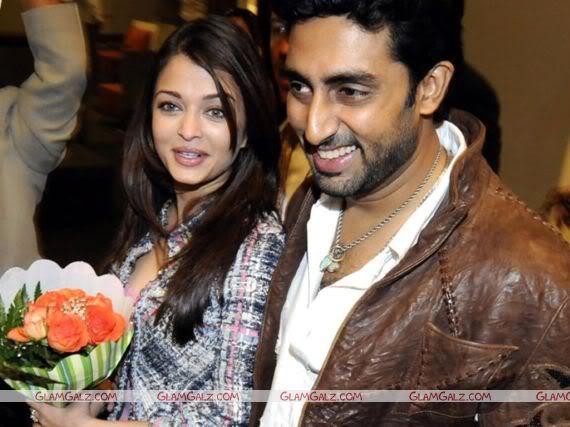 The Unforgettable Tour is an 18-country series of stage shows by Bollywood’s hottest stars. Set to begin next summer, the tour is scheduled to stop in Vancouver, New York, Los Angeles, London, Cairo, Sydney, Singapore and Hong Kong.

“If all goes well, and god willing, we will premiere the Unforgettable Tour in the city of Toronto because we feel that it is the best city to premiere the tour in,” Abhishek said during a press conference that also included Ontario Premier Dalton McGuinty, a Canadian website reported.

“Terrible, terrible things are happening to this earth of ours and we want to use this platform to try to acquaint people about what global warming is about and what they can do,” said Abhishek, adding, “we’re using this opportunity to spread the word.”

Abhishek, the son of Bollywood veteran Amitabh Bachchan , said Toronto was home to a large number of fans of Indian cinema. It was also where the Abhishek and Aishwarya, who were married in April, premiered their film Guru in January.

The globe-trotting tour will feature concerts showcasing the lavish song-and-dance numbers from popular Bollywood films. The three Bachchans and other South Asian film stars are set to take the stage during the shows.

Lara Dutta , Bipasha Basu and Ritesh Deshmukh were among those on the line-up when the musical extravaganza was first announced in June during festivities around the International Indian Film Academy Awards at Sheffield in Britain.