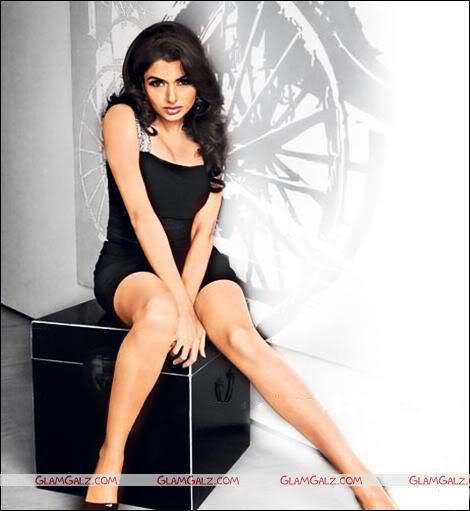 Breaking news is that she is back in Bollywood, in a new $exy avatar. Not as the cute-girl-next-door who was romanced by the raw and rugged Khan but as a sensuous woman out to make men go weak in the knees and challenge the actresses who usurped her position back then.

Bhagyashree is someone who rejected everything because she had found true love and had got married to her love. Everything about Bhagyashree was quite fanta$y but the only thing that made the difference was that these were happening to a film star. She could have the sun and the moon as well as the stars but she opted for the mountain, Himalaya, her husband.

Bhagyashree made her sensational debut in 1990 against Salman Khan in Sooraj Barjatya’s super duper hit film ‘Maine Pyar Kiya’. This movie become such a saleable one that it broke many a record on the way. The stars – Bhagyashree and Salman Khan – could not believe their good luck. Salman kept signing many more films but Bhagyashree decided to quit everything and settle down for marital bliss.

About Bhagyashree –
Bhagyashree Patwardhan, born February 23, 1969 is an Indian film and television actress. She is a Piscean, 5’2″ tall, and comes from a conservative Marathi-speaking household. Her father was the former Maharaja of Sangli. She speaks Marathi, Hindi, English, and is also familiar with Sanskrit.

Bhagyashree made her acting debut in a television series Kachchi Dhoop (1983). Her debut movie Maine Pyar Kiya opposite Salman Khan made her very popular across India. Her career took a down turn after she started insisting on doing roles only opposite her husband Himalaya Dassani. Since then she only acted in television serials.

She also acted in the Parag Sarees commercial, which was a combination of singing and dancing. (It contained her saying in different Indian languages that people like Parag Saree. She made a comeback to films in Humko Deewana Kar Gaye in 2006.

Currently she is involved in the teleserial Kagaz Ki Kashti, which is being produced by her husband Himalaya Dasani. She has two children and is pregnant with her third. She insists that her family comes before any

Sushmita Sen At The Launch Of ZOYA’s Second Boutique