It’s officially award season in Bollywood and next up is the Max Stardust Awards which went down in Mumbai! Some of the industry’s biggest stars descended on town and added tons of glitz and glamour to the night. So who all was there?

Gorgeous Celina Jaitley looks fabulous in Saffron dress at the event. But she was the one of few people who went without award from Red Carpet. May be Stardust not counting her in lead actress.

Glam doll of south India Genelia DSouza at Max Stardust Awards 2009. Her next film Its My Life, which is again a remake of Bomarillu with Harman Baweja is to be released in 2009.

Ravishing Kangna Ranaut arrived at red carpet of Max Stardust Awards with her boy friend Adhyayan Suman. She looks gorgeous in golden dress which she wore at the event. 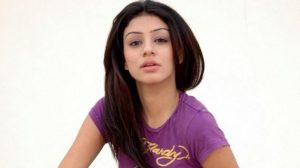