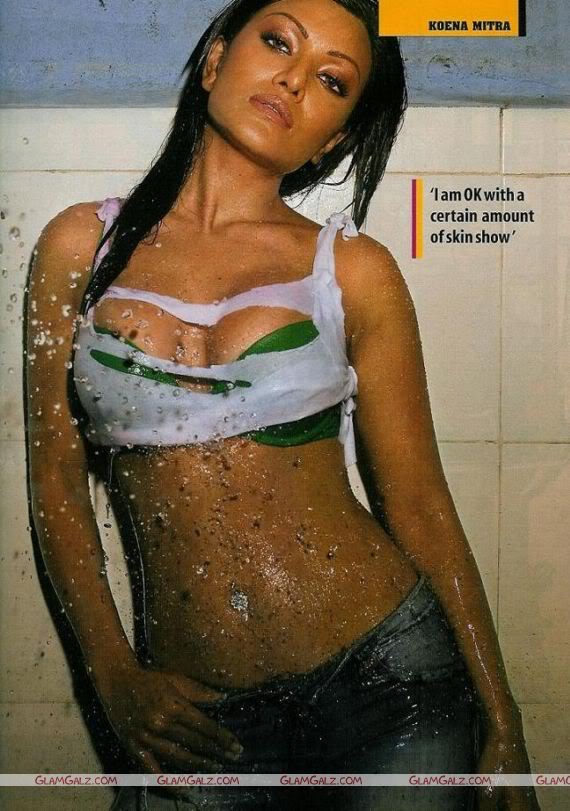 Koena Mitra, born 1985 in Kolkata, India, is an actress in the Bollywood film industry. She initially gained prominence through winning Gladrags magazine’s Mega Model Contest in 2002, and subsequently for her appearances in songs in Musafir and Road. Koena played the lead lady in Ek Khiladi Ek Haseena. She is one of many, who have had a face/nose job (supposedly).