Bollywood diva Madhuri Dixit was thrilled to be the latest in a line of Indian actors to be immoralised into a wax work at London’s Madame Tussauds.

The 44-year-old who unveiled the statue at the museum on Wednesday joins other B-town A-listers who already have statues at the museum including Shah Rukh Khan, Aishwarya Rai-Bachchan, Hrithik Roshan, Salman Khan and Amitabh Bachchan.

Speaking at the unveling, she said: ‘The first thing I thought was if I had a twin sister she would look like this, I’m sure. 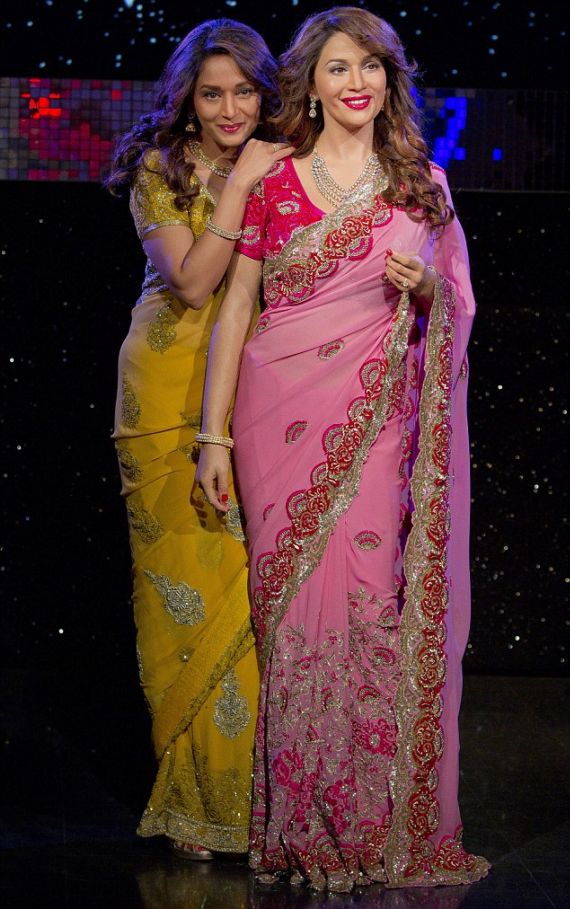 Madhuri poses with the new wax work of her dressed in a Manish Malhotra sari.She is the sixth Bollywood celebrity to be honoured by Madame Tussauds 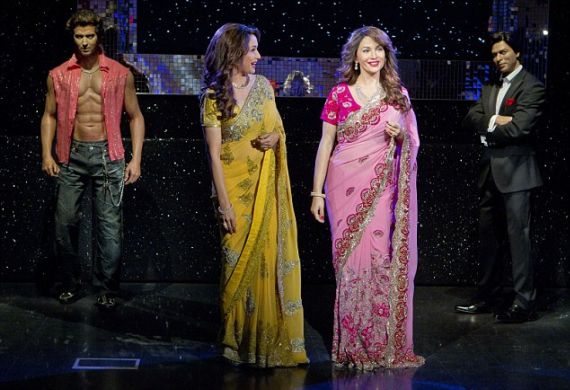 Madhuri Dixit-Nene (pictured centre, left) comes face to face alongside her brand new wax figure at Madame Tussauds, London’It’s very flattering, it’s also an honour to be here. You know, something like this is for posterity.

‘It’s a legacy that I will leave behind. And not only my fans today but for generations to come will take a look at this and will say ‘Oh, this is one of the actresses’ and so it’s an honour, definitely and like they say imitation is the best form of flattery so it’s all very flattering that I have a statue here, a wax figure.’

The star of films such as Tezaab, Ram Lakhan, Sajan, Hum Aapke Hain Koun!, Dil To Pagal Hai and Devdas, Madhuri is the sixth Bollywood celebrity to have a wax work model made of her and only the second female star following Mrs Rai-Bachchan. 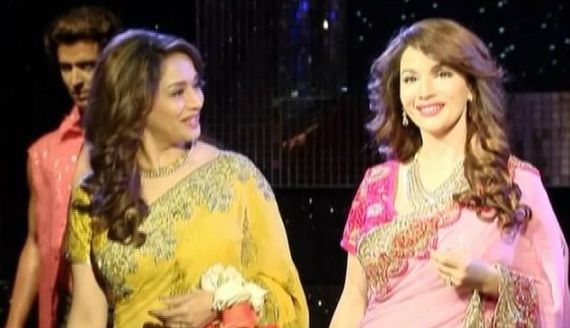 lamorous: Madhuri (pictured left) looks at her wax work at the museum where it was unveiled this week