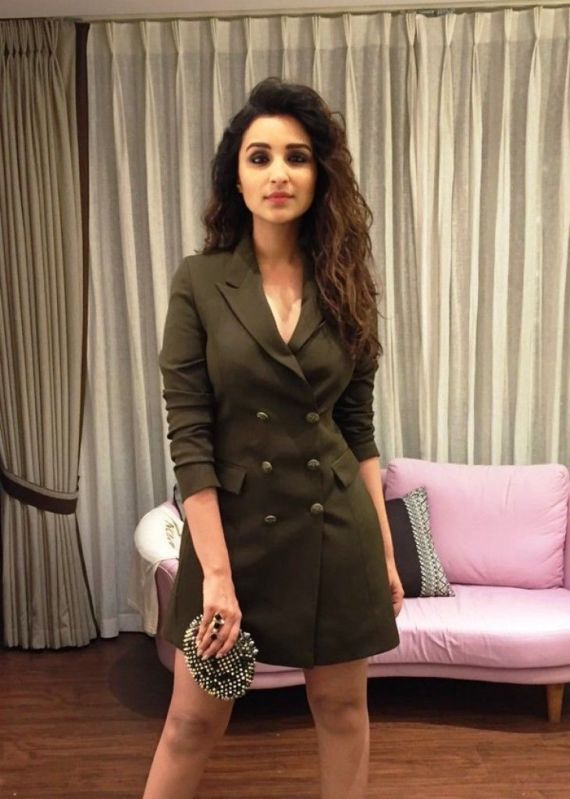 Cute Parineeti chopra looks so gorgeous in tux-inspired dress by Intrinsic by Muskaan Goswami, here she spotted on the red carpet of HT Most Stylish Awards 2016. As of March 2016, Chopra has signed Yash Raj Films romantic drama Meri Pyaari Bindu opposite Ayushmann Khurana by debutant Akshay Roy. She has been cast as the titular character, Bindu (an aspiring singer), and will be making her singing debut in the film. She has also signed AR Murugadosss untitled bilingual film opposite Mahesh Babu. 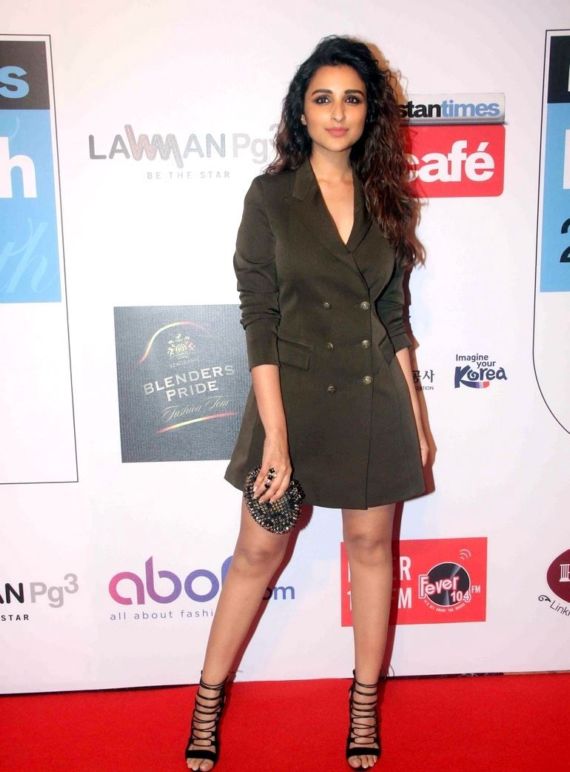