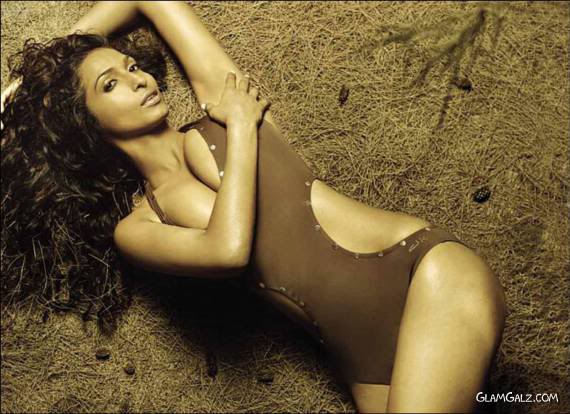 Woah! That was the h0ttest shoot ever. $ultry Sandhya Shetty is a model who was a Femina Miss India 2000 finalist and also the Ford Supermodel 2002 1st runner up.

She had a couple of releases last year like ‘Kabhi Socha Bhi Na Tha’ and a Bengali film called ‘Kaal’ where she played a village 9irl who gets caught in the business of human trafficking. Well here are some h0ttest scans of Sandhya Shetty pos!ng in a b!kini for Maxim Magazine.

Mannara Chopra Was A Perfect Showstopper At AP Fashion Week