Here is my list of Top 10 actresses in Tamil movies based on their salary range with hot n sexy pictures and description. These actresses are highly paid compared to all of Indian film industry.

Nayantara’s traditional beautiful looks became an instant hit with Tamil fans. Even before the release of her first film, she was roped into Chandramukhi by P Vasu for the role of Rajnikanth’s love interest. Nayan started her career with 5-6 lakhs but now demands about 70 lakhs per film. Hot and dangerous curves in her body at the right places had made her the numero UNO billing actress in Tamil cinema.

Shreya came into Tamil films with a small role in Enakku 20, Unakku 18. She was paired with Jeyam Ravi in Mazhai. She is a bold girl when it comes to dropping clothes and appearing in skimpy outfits. She commenced her career with 15 lakhs per film. In Sivaji, her salary was twenty lakhs but an additional 5 lakhs was given to ensure that she does not accept any other films till its completion. Shreya was paid 15 lakhs just for one item song with Vadivelu in “Indralogathil Azhagappan”. People don’t care much about this actress’ acting skills. She is seen more as a song and dance material. She is going to find it tough to shed that image.

When Trisha’s first venture in Gilli with Vijay became a super hit, the industry stamped this pair as a lucky one. One of the very few native Tamils who made it big in Tamil Nadu – ironically – Trisha was not new when it came to facing the flashlights. Her successful stint with modeling, entry into the top 10 finalists of Miss India, and looks that would make any girl go green with envy, made Trisha’s entry into Tamil cinema a cakewalk.

Bhavana fit the bill for the girl next-door character perfectly in Chitiram Pesudadi. The movie became an instant hit paving way for the Malabar beauty to shift her base to Tamil movies. Bhavana showed her skills in Deepavali and Veyil that went on to bring her loads of impressive projects. Bhavana is reviving the girl next door’ image that Tamil cinema had been devoid of ever since Devyani’s vanishing act from movies.

Asin was earning around two to four lakhs in advertisement campaigns, charged five lakhs for a Malayalam film with Dileep. Eventually when her movies started doing well, her rates have also catapulted to a greater height. Asin is very smart and accepts films only with leading stars and big banners. Ghajini was a major hit Tamil film that is remade in Hindi where she acts with Aamir Khan.

The bubbly Genelia D`Souza debuted opposite Riteish Deshmukh in Tujhe Meri Kasam and was later seen with him in the comic-caper Masti. Subsequently, she acted in a lot of Telugu and Tamil films, most of which were blockbusters. She is now back with a bang in Bollywood and would first be seen alongside Akshaye Khanna in the family entertainer Mere Baap Pehle Aap.

Sneha enjoys a good fan following in Telugu films too. Her link up with Nag Ravi had proved her dear with a loss of many films. She is very cautious while accepting roles and has no qualms about pairing with anybody.

Busty Namita replenished the long-vacant spot of a voluptuous dream princess in Tamil cinema perhaps ever since Silk Smitha’s demise. Namitha is nothing lesser than a diva and a crowd puller causing stampedes wherever she goes. Fans go crazy looking at her enormous curvy figure drooling over her unseen assets. 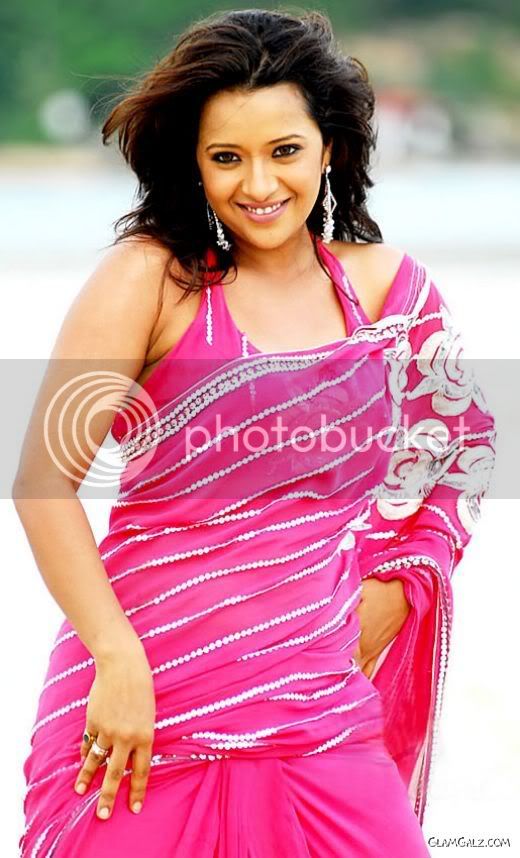 Reema Sen burst onto the Tamil screens with Minnale. She had a quite time after her first film. It was more than a year later that she landed her next hit with Dhool opposite Vikram. She was also getting offers from Telugu and Kannada industries. In 2004, Chellame became a runaway hit with major contributions from Reema Sen in the form of showing her assets liberally. Then came Giri and a year later Thimiru followed making her a lucky heroine to work with.