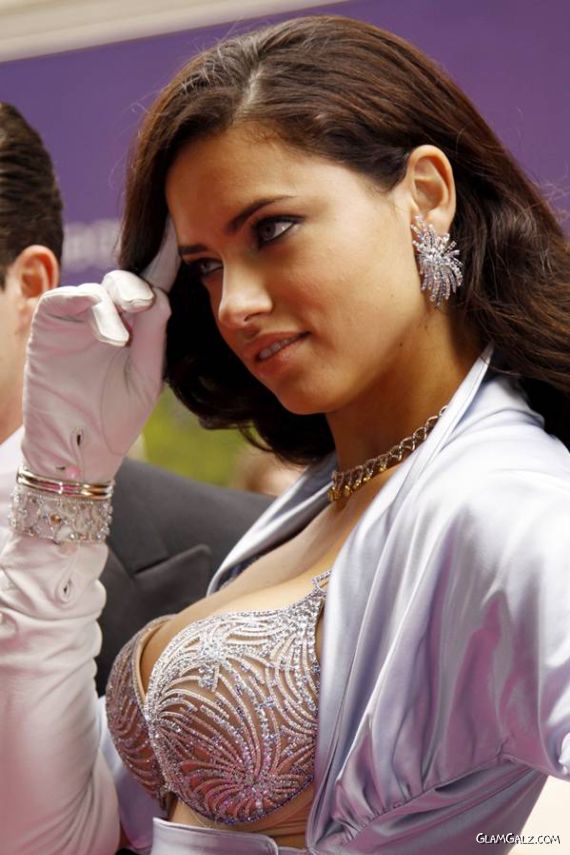 Adriana Lima rocks a $2 million bra as she arrives at the Victorias Secret store in New York Citys Soho on Wednesday October 20.
The 29-year-old Brazilian model modeled this years Bombshell Fantasy bra, which weighs in at 142 carats, including 60 carats of white diamonds as well as topazes and sapphires. Its really a work of Art.