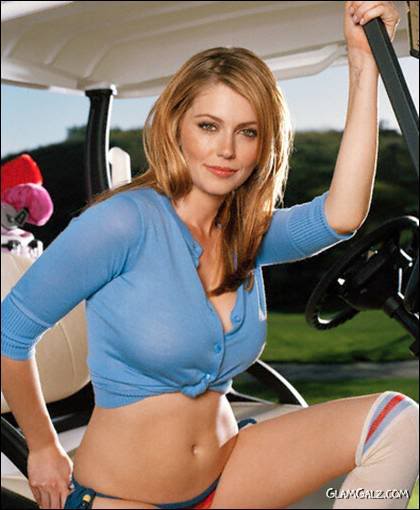 Diora Baird is an American actress and former model for Guess? who has appeared in films such as Wedding Crashers and The Texas Chainsaw Massacre: The Beginning.

If these Diora Baird pictures look familiar, that’s because they are outtakes from a Diora Baird Maxim photoshoot from two years ago, but we only just found them now. And considering that there is nothing else going on today, and that it’s Diora Baird, and she is the most incredible creature in the universe, I figure you won’t mind. If only Golf always looked this good.

Shay Mitchell On The Set Of ‘Mother’s Day’ In Atlanta

Nicole Scherzinger In Black At Nobu In Mayfair