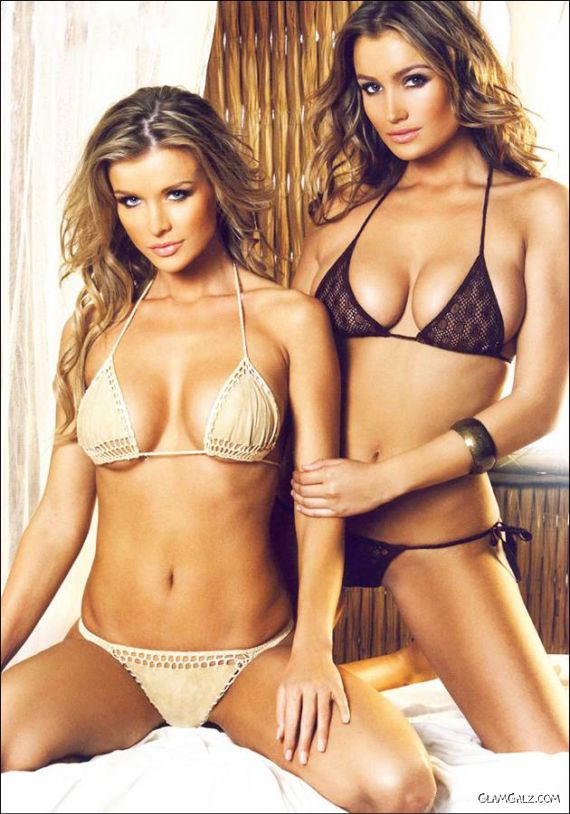 Joanna and Marta Krupa are really starting to make the rounds now that Joanna has appeared on that juggernaut of a TV show The Superstars.Not a lot of people in America outside of me and those who read this site had ever heard of these h0t siblings until Joanna was thrust into the limelight. However, the folks over in Germany have known about them for some time and decided that now was a good time to put them in their version of FHM.