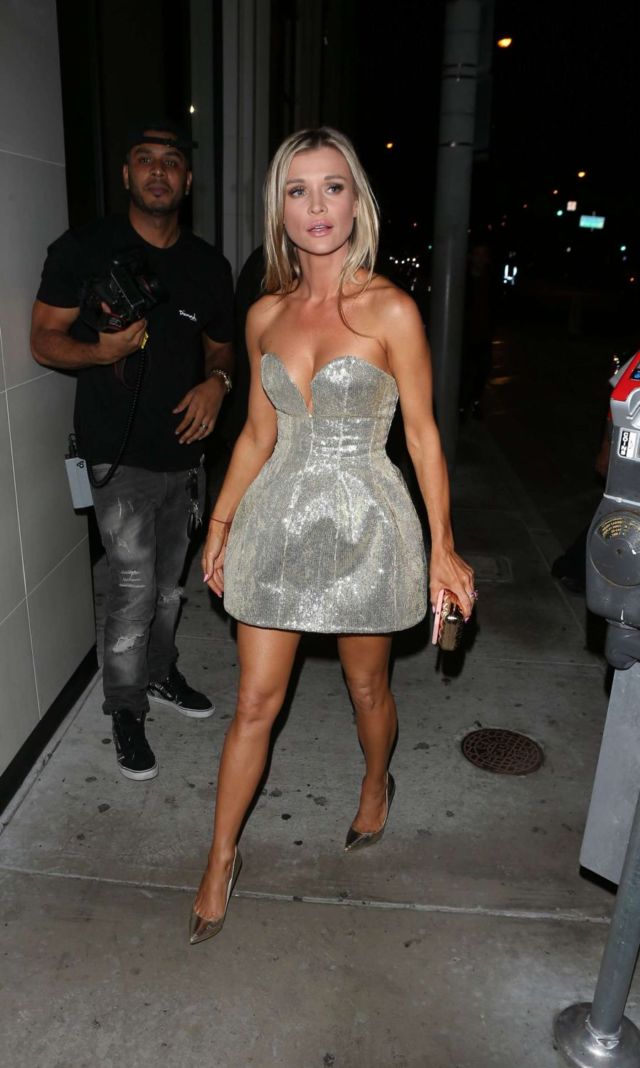 She recently described herself as being left ‘heartbroken’ when husband Roman Zago called time on their marriage in December.

But Real Housewives of Miami star, Joanna Krupa, 38, put on a brave face as she enjoyed a meal out at trendy Hollywood hotspot Catch on Sunday.

The blonde showed off her gravity defying assets as she made her way into the vogue Hollywood eatery in the eye catching ensemble.

Kristen Bell at The Alzheimers Association