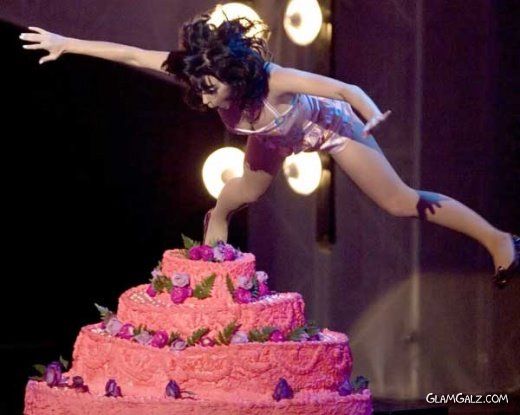 Katy Perry decided to jump into a huge cake at MTVs Latin America Music Awards in Guadalajara, Mexico. She ruined the cake and wasted food. That may have explained
why she received a nasty consequence when the icing on the cake caused her to slip a couple of times on the stage. Perry tried to grab her guitarist in desperation but she was slippery beyond his grasp and she fell again. Perry laughed off her embarrassment and took all of it into her stride.

Celebs At The 2014 BRIT Awards In London

Rita Ora Spotted At The Anniversary Soiree In Cannes