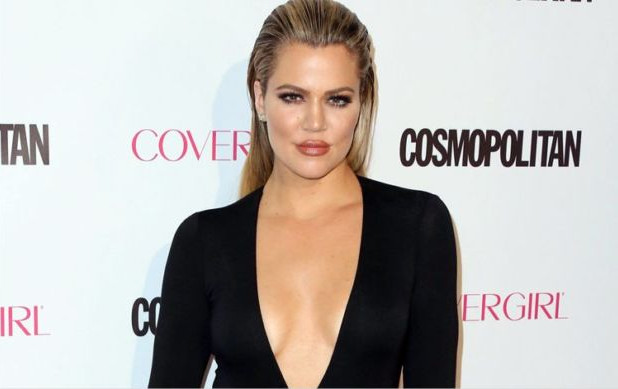 Khloé Kardashian (born June 27, 1984) is an American reality star and a renowned entrepreneur. She rose to fame, following the leak of her 2007 $ex tape. Post that drama, Khloé starred on E! with her family on ‘Keeping Up With The Kardashians’ and moved on to do other shows- Khloé & Kourtney Take Miami, Khloé & Lamar and Kourtney and Khloé Take the Hamptons.

Khloé Kardashian also hosted the second season of the famous TV show- X-factor. She has publicly struggled with her weight and fertility issues. Known as the most outspoken member of the Kardashian family, Khloé always has the right advice for her sisters.

On the personal front, Khloé was married to NBA basketball player Lamar Odom on a highly publicized lavish wedding in September 2009. The couple met at a party and dated for one month before getting married. Sadly, the couple had their fair share of differences mainly because of Odom’s addiction to cocaine and affairs with other women. Khloé filed for divorce from Odom in December 2013 and they finalized the divorce in July 2015.

Since then Khloé has romantically been linked to a number of men. She is currently dating NBA player Tristan Thompson. 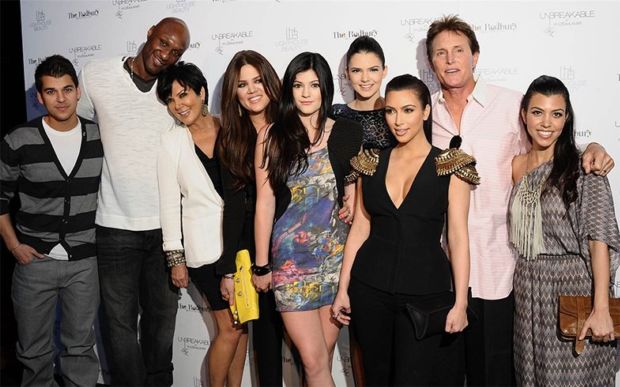 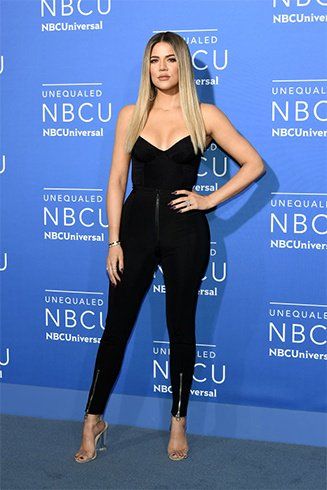 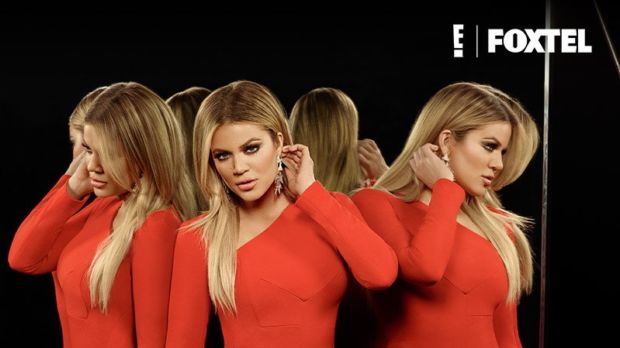 Keeping Up With the Kardashians

Khloé launched Kardashian Collection at Sears with sisters Kim and Kourtney which includes short dresses, shorts, and many more outfiits. They also launched a premier of tanning products under the brand name Bronze Perfection with a Kiss of Kardashian. Kim, Khloé, and Kourtney launched a makeup line- The Kardashian Beauty Line that includes all possible beauty products a woman can fall in love with. In 2012, the gorgeous Kardashian sisters also opened their Dash boutique.

Khloé received the prestigious ‘Teen Choice Award’ for her role in ‘Keeping Up With the Kardashians’ four times in a row (2010, 2011, 2013, and 2014) under the category of Female Reality Star. Khloé was also nominated for ‘In Style Social Media Award under the category of ‘Unlimited Celebrity Fitspo’ in 2015.

$50,000 million per episode on Keeping Up with the Kardashians, $15 million for various social media endorsement.

Khloé has never looked any better. If you are following her Instagram post, you must have already noticed her fitness-themed Complex shoot. Khloé’s personal trainer is Gunnar Peterson, the same man responsible for hot bods of Kim Kardashian, Jennifer Lopez, and the like. At an exclusive interview Khloé opens up about her fitness journey by stating, “I’ve known Gunnar since I was 15. My mom would take me to school, but I would have to go early for her training session, and I’d see Puff Daddy, Jennifer Lopez, and Cameron Diaz. So when I was like, ‘I’m going to [start] a fitness routine,’ that’s who I called.” 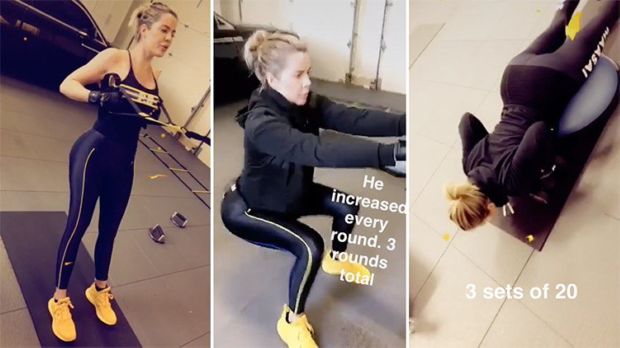 Khloé Kardashian exercises in the gym twice or thrice a week on alternate days. She takes a short rest for 10-20 seconds after her first set of reps. After which Khloé returns to her other exercise steps while doing two to five sets of each on repeat, until she completes the full workout. Here is a detailing of Khloé’s Kardashian exact workout plan with her personal trainer.

⦁ Overhead Crunch to Rotation (10 reps) for her abs

Gunnar says, ‘Sparks definitely fly off that ass by the end of this number.’ But after seeing the before and after image of Khloé Kardashian, it seems worth it.

Here are few tips by Khloé Kardashian on how to lose weight:

⦁ Remain committed to eat healthy and nutritious food and exercise daily, no matter how constraint your timings are.

⦁ Prevent some of the dairy products in large amounts.

⦁ Khloé is goddaughter to Sugar Ray Leonard and also to her cute niece North West. She attended North West 2015 baptism in Jerusalem along with Kim and Kanye West.

⦁ In September 2003, Khloé was diagnosed with skin cancer soon after her father’s death. By 2008 she fully recovered from the deadly illness.

⦁ Khloé was involved in a serious car accident at the age of 17 in which she flew through the front windshield of the car. She suffered from partial brain damage and memory loss. Khloé continues with her recovery battle with memory retention.

⦁ Because of insufferable bullying during high school, Khloé was homeschooled and happily graduated with honors at 17.

⦁ E! Network covered their wedding since Khloé and her then husband Lamar Odom agreed to document their lavish wedding on air.

⦁ The couple made handsome amount of $300,000 from their wedding after selling their exclusive rights of their wedding photos to OK! Magazine.

⦁ Khloé revealed on her hit reality show that she has major fertility issues.

⦁ Khloé is a natural blonde.

⦁ Her adorable nicknames are Baby K and Khlo.

⦁ Back in 2007, Khloé was a regular boutique worker at the family DASH store. 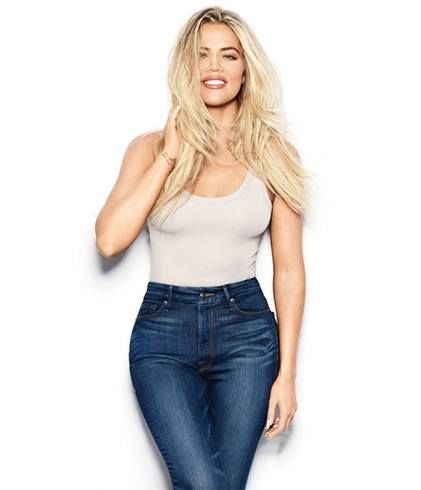 Gorgeous Victoria Justice At The Art Of Elysium Heaven Gala

Selena Gomez On I Love You Music Video Sets