Results of the Sexiest Asian Woman in the World annual poll, conducted by UK-based weekly newspaper Eastern Eye, is out.

Think you can guess who received top billing in this list?

-ADVERTISEMENT-
Starlet Humaima Mallick, who made her Bollywood debut opposite Emraan Hashmi in Raja Natwarlal, was the highest placed Pakistani on the list at number 15.
14. Shraddha Kapoor

Thanks to her clever choice of movie projects (Aashiqui 2, Ek Villain), actress Shraddha Kapoor is steadily rising up the popularity charts. She figures at number 14 in this list.

Protagonist of the popular television show Qubool Hai, Surbhi Jyoti figures on this list at number 13.

Dancing sensation Shakti Mohan, 29, has found her pride of place at number 12 on this list of Asia’s sexiest women in the world.

Yet another TV actress, Asha Negi, who won the sixth season of Nach Baliye with her actor beau Ritwik Dhanjani, is at number 11.

Amrita Rao’s lil sister Preetika is doing quite well for herself! The Beintehaa actress has landed herself a spot at number 10.

Sonam Kapoor, who is gearing up for two big releases next year — Dolly Ki Doli and Prem Ratan Dhan Paayo — is at number 9.

The gorgeous Kareena Kapoor, who was recently seen in a cameo in her actor husband Saif Ali Khan’s Happy Ending, has been placed at number 8.

Nia Sharma, 23, who rose to fame with her TV show Ek Hazaaron Mein Meri Behna Hai, is at number 7.

Former Bigg Boss winner Gauahar Khan, who has been in the news thanks to a shocking incident, rounds off the top 5.

Last year’s topper Katrina Kaif has slunk to the number 4 spot. Her largely conspicuous absence from the big screen (Bang Bang aside) may have caused this, perhaps?

Miley Jab Hum Tum star Sanaya Irani has a sizeable fan base too. She finished 3 in this popularity race.

"Someone once told me, sexy is what sexy does and you do it best when you are yourself. I don’t know what I did to deserve this but I’ll happily accept this title," Priyanka said of her latest glory. 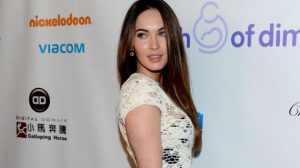 Miss Kardashian AT Miami In A Funky Outfit