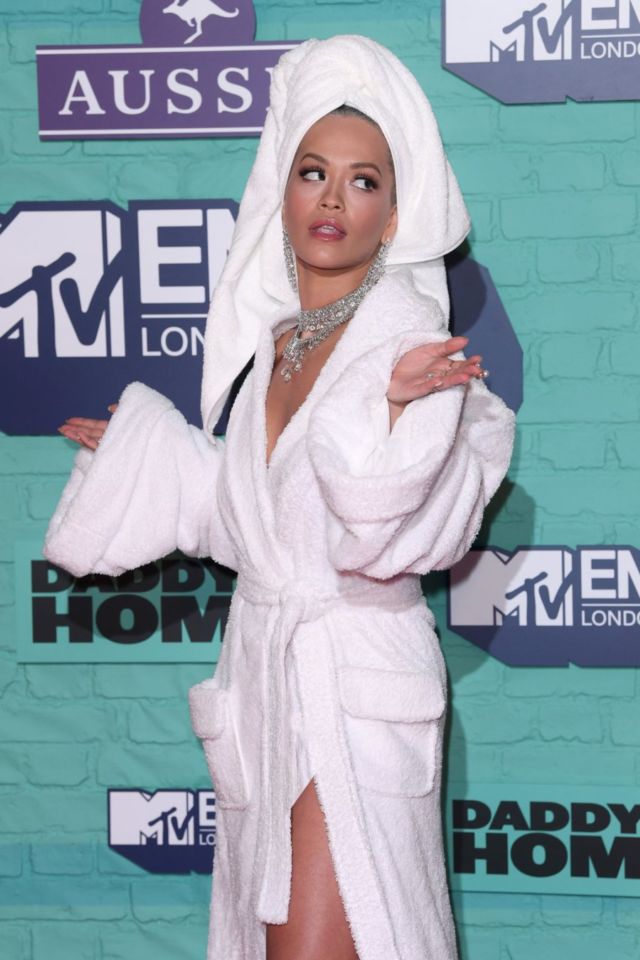 RITA Ora walked the red carpet in a dressing gown before taking to the stage to host the MTV Europe Music Awards.

The singer looked as she had forgotten to get dressed before heading to the venue in London tonight to front the ceremony.

The RIP star posed for pictures with a towel on her head before strutting away backstage to continue her preparations.

It later turned out to be part of a skit which was played at the start of the show.

Ellie Goulding Roaming Out In Miami