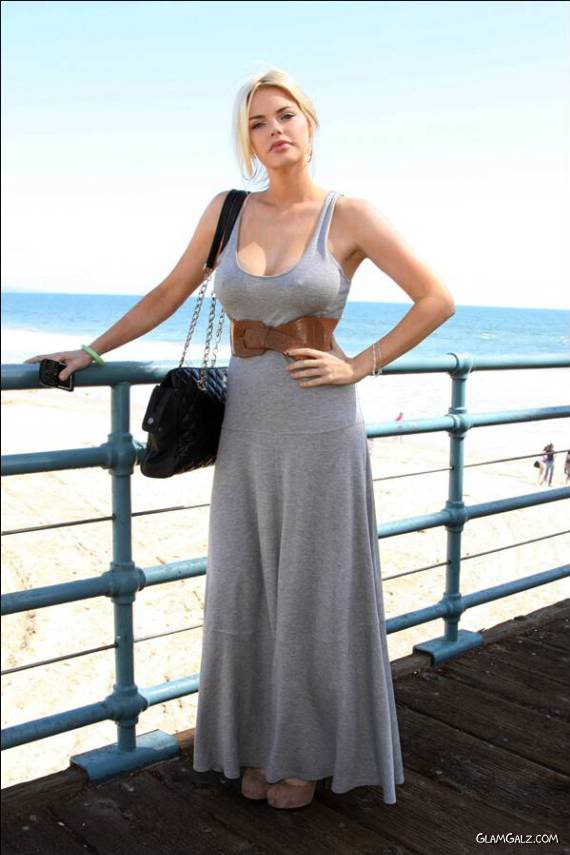 Australian pop star-turned-actress Sophie Monk has successfully managed to parlay her brief run on a popular reality series into a flourishing career within the entertainment industry.Her stint on the Australian version of Popstars led to a lucrative run within the girl band Bardot, and although the group broke up in 2002, Sophie Monk ubsequently released a well-regarded solo album entitled Calendar Girl. As if that werent enough, Sophie Monk has also established herself as a promising up-and-coming actress, with appearances in such movies as 2006s Date Movie and Click under her slender belt.

Last month Sophie Monk was taken to the hospital after she was involved in a car accident in Hollywood. The 29 year old sought medical attention after her Toyota Prius collided with another driver in a sport utility vehicle who didn’t appear to be injured, reports TMZ.com. Monk was photographed being escorted away from the wreck by a fireman and paramedics.

PREV1 of 16NEXT
-ADVERTISEMENT-

Beautiful Gabriella Wilde At A Party

Bar Refaeli In Her Wonderful Jumpsuit