What a cool place to hang out: Zlata the contortionist gets herself into… A FRIDGE

At the age of four Zlata discovered she had an amazing talent – and she has been bending over backwards ever since to make the most of it.

The Russian-born former gymnast, 24, is one of the world’s most extreme contortionists.

At 5ft 9ins and weighing just eight and a half stone, Zlata spends most of her day working out and training for shows around the world. 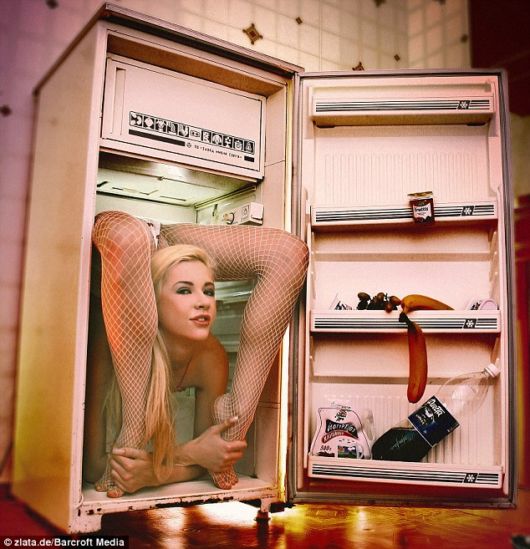