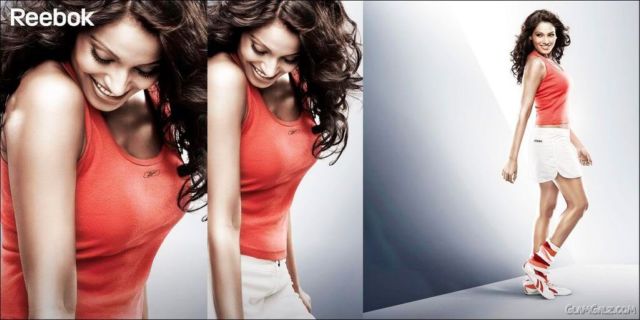 With branded entertainment becoming the flavour of Bollywood, brand associations are on the rise

After successfully marketing Rang De Basanti, UTV Motion Pictures has roped in Reebok for a marketing tie-up for its soccer-based movie Goal.

Unlike the regular brand association agreement, this marketing tie-up will have the brands active involvement in the look and feel of the movie. The apparel brand will manage the entire wardrobe, including footwear, apparel, sports kit and shades, of the two main actors John Abraham and Bipasha Basu in the movie. The in-film brand placement will also give Reebok a platform for its new line to be launched in August.

Reebok will be the apparel brand partner of the teams that will be shown playing in the movie. the teams in the movie will include Southall and Bradford. Even the football kits and the footballs will be branded by Reebok.

We have done a strategic partnership with Reebok where the brand is actively involved in designing, not just costume but also the look of the film. Additionally, the characters will be based on the brand philosophy of the apparel brand, says Siddharth Roy Kapur, veep-marketing, UTV Motion Pictures.

The sport apparel major will also plan the market and media campaign with UTV. So, besides promoting the movie with a media campaign, Reebok would also promote its association with the movie. Sources said the footwear company will spend about Rs 2-3 crore on marketing the movie. UTV will also use Reeboks retail touch points to advertise the movie.

We have a strong association with soccer and Goals central theme is soccer. Hence, we decided to be the official footwear and apparel provider for the characters, says Sajid Shamim, director-marketing, Reebok India.

UTV on its part is working on its own set of merchandise to be launched along with the film. And now that its gaming plans are in place, the movie production house is also working on developing a game on Goal.

The budget of the movie is estimated to be over Rs 20 crore. It is being touted as the most important project for UTV in 2007. The movie production house has plans to produce another sports movie, Hat Trick, based on cricket, which is also expected to be launched in 2007.
– EconomicTimes